From the 47% to gifts': Mitt Romney's ugly vision of politics

During the campaign, Mitt Romney repeatedly promised seniors that he'd restore President Obama's $716 billion in Medicare cuts. He promised them that, unlike Obama, he wouldn't permit a single change to Medicare or Social Security for 10 years. He promised them, in other words, political immunity. While the rest of the country was trying to pay down the deficit and prioritize spending, they'd be safe. 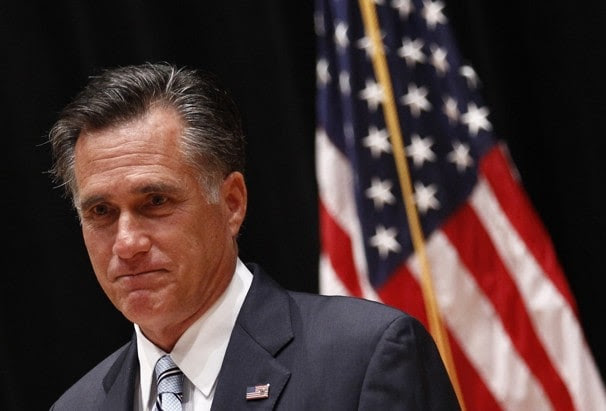 He also promised the rich that they'd see a lower overall tax rate, and while he did say he would try to pay for some of those tax cuts by closing loopholes and deductions, he also said he expected faster growth would pay for those cuts -- which means he really was promising tax cuts to the rich at a time when he said deficit reduction should be a top priority. Oh, and let's not forget his oft-stated intention to roll back the Dodd-Frank financial reforms and replace them withsomething.

Keep all that in mind when you hear Romney blaming his loss on "the gifts" that Obama reportedly handed out to "the African-American community, the Hispanic community and young people." Romney was free with the gifts, too, and his promises to seniors and to the rich carried a far higher price tag than any policies Obama promised minorities or the young.

But to Romney, and perhaps to the donors he was speaking to, those policies didn't count as "gifts." They weresomething else. Good ideas, maybe. Or the fulfillment of past promises. Or perhaps it wasn't the policies that were different, but the people they were being promised to.

The last time Romney's comments to his donors leaked, he was telling them about the 47 percent of Americans who don't pay taxes, refuse to take responsibility for their lives, and will support Obama come hell or high water. These new comments are continuous with those: Romney really does appear to believe that there's a significant portion of the electorate that's basically comprised of moochers.

That's Romney's political cosmology: The Democrats bribe the moochers with health care and green cards. The Republicans try to free the makers through tax cuts and deregulation. Politics isn't a conflict between two reasonable perspectives on how to best encourage growth and high-living standards. It's a kind of reverse-Marxist clash between those who produce and those who take, and the easiest way to tell one from the other is to see who they vote for.

When Romney thinks he's behind closed doors and he's just telling other people like him how politics really works, the picture he paints is so ugly as to be bordering on dystopic. It's not just about class, but about worth, and legitimacy. His voters are worth something to the economy -- they're producers -- and they respond to legitimate appeals about how to best manage the country. The Democrats' voters are drags on the economy -- moochers -- and they respond to crass pay-offs.

Romney doesn't voice these opinions in public. He knows better. But so did the voters. That's what you see in the overwhelming rejection Romney suffered among African-Americans, Hispanics, Asians, and young voters. They sensed that Romney fundamentally didn't respect them and their role in the economy, and they were right.