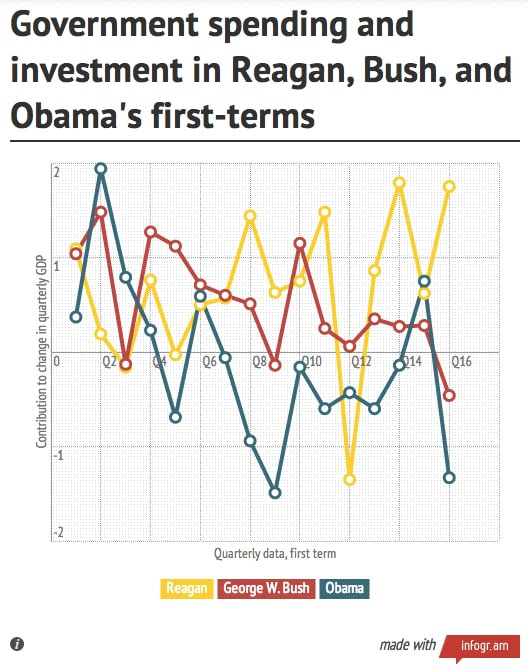 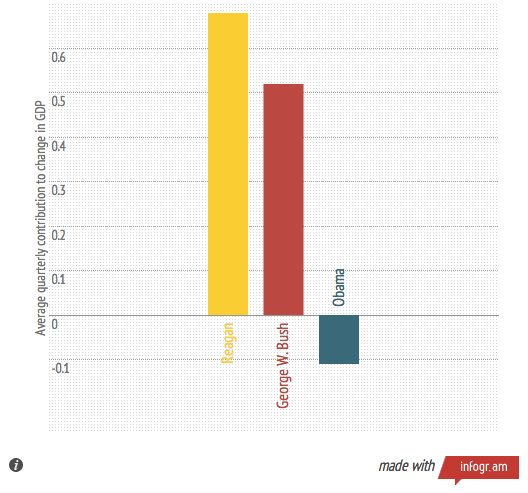 The point isn't that Reagan and Bush were big spenders while Obama favors austerity. If it were up to Obama, the federal government would have spent much more since 2010. Moreover, these numbers are, in large part, functions of the economies the three men inherited. Each saw a recession in their first term, but Obama's was by far the worst, and so it led to much more severe cutbacks in state and local spending.
Rather, these graphs simply establish a basic fact about Obama's term: While deficits have indeed been high, government spending and investment has been falling since 2010. This is, in recent presidential administrations, a simply unprecedented response to a recession. Just for fun, I took Obama's GDP growth, netted out the effect of government spending and investment, and then added the total government spending and investment numbers — which include state and local government — from Reagan's first term. The result is a significantly better economy, with growth since 2010 averaging 3.2 percent rather than 2.4 percent. 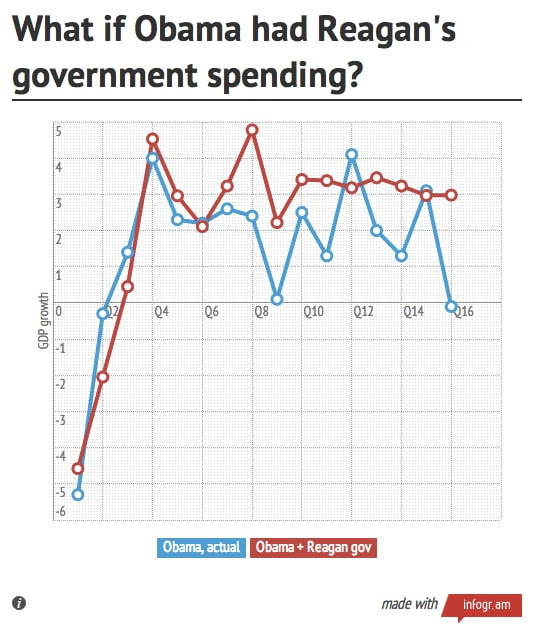 Basic economic theory would hold that you want a larger contribution from government spending during a big recession in which private demand is weak than you do during a mild recession or a healthy economy. But that's been the case in Obama's economy, and all signs are that the pace of government spending cuts will accelerate sharply over the next year.