Joe Biden can't get no respect. But he deserves some.

Joe Biden can't get no respect. But he deserves some.

via Wonkblog by Ezra Klein on 1/11/13
For a 70-year-old man, U.S. Vice President Biden sure spends an awful lot of time winning the Internet. No other living politician has quite the same ratio of words spoken to memes inspired. Last week's contribution was the patter of joyously weird, occasionally creepy, one-liners he threw off while swearing in the 113th Senate.
"Spread your legs!" He told Sen. Heidi Heitkamp's husband. "You're gonna be frisked!"
"Mom, I'll see you in a little bit," he winked to Sen. Bob Casey's mother (he called all the mothers "mom"). "I hope I'll sneak over and see you."
Sen. Tim Scott's brother, a former football player, got this instant classic: "Need any help on your pecs, man, give me a call." Sen. Orrin Hatch's granddaughter was advised: "No serious guys until you're 30." To the brunette alongside Sen. Robert Menendez, it was: "You are so pretty. God love you. Holy mackerel." At one point, Biden turned to the crowd in the gallery above. "Anybody else want to be sworn in as a senator today?"
You could no more imagine President Obama delivering these lines -- save maybe the "pecs" one -- than imagine him eating pork rinds while watching "Two and a Half Men" enfolded in a Snuggie. Obama doesn't do backslapping bonhomie. But people love watching Biden do it. (Have you seen the gif, "This Is How Joe Biden Greets Babies"? Amazing.) That's why the White House Web site is featuring a petition to let Biden star in his own reality show. It's a good idea, I think. Why don't we call it the 2016 presidential campaign?
In the continuing drama that is the Obama presidency, Biden often appears as comic relief. He's the zany neighbor, the adorable uncle. As a result, his presidential ambitions, which burn brightly even today, have mostly been laughed off. Somehow, the sitting vice president of the United States, the former chairman of both the Senate Foreign Relations Committee and the Senate Judiciary Committee, a man who's on a nickname basis with many of the world's most powerful leaders, is seen in many quarters as lacking the gravitas to be president.
Yet just a few days before he was giving dating advice on C-SPAN2, Biden again proved himself perhaps the most effective member of the Obama administration. He reprised his role as the White House closer, the guy who can cut a deal with the Republicans after everyone else has failed. In the end, Biden got Senate Minority Leader Mitch McConnell to strike a deal that the White House was happy with. That's something neither Obama nor Treasury Secretary Tim Geithner had achieved. And it wasn't the first time. Biden also helped close the 2011 deal that lifted the debt ceiling and the 2010 deal that extended the Bush tax cuts in return for fresh stimulus. 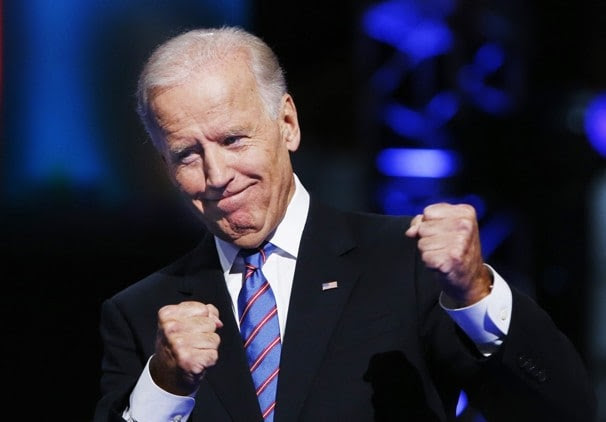 Biden's skills as a campaigner are also considerable. According to Nielsen, his speech at the 2012 Democratic National Convention won better television ratings than the addresses of either Bill Clinton or Obama (or Republicans Mitt Romney and Rep. Paul Ryan, for that matter). His debate performance against Ryan bucked up anxious Democrats and arguably stanched the bleeding from Obama's hapless initial appearance against Romney.
As a policy maker, Biden's reputation is more mixed. Those who've worked closely with him describe a dedicated workhorse eager to master details. Unlike Obama, however, who grasps policy minutiae instantly, Biden doesn't naturally think in charts and tables. At times, Biden goes with his gut rather than the evidence, a tendency that can lead him to embrace bad policy that sounds good. On the other hand, he is also known for choosing some of the best and most substantive staff members in Washington. A politician allergic to policy doesn't surround himself with the wonky likes of Ted Kaufman, Ron Klain, Jared Bernstein and Bruce Reed.
Biden has also proved himself an effective and trusted manager in the Obama administration. He was named top cop on the stimulus -- "Nobody messes with Joe," Obama grinned when appointing him -- and the funds were spent on time and shockingly free of graft and fraud. Subsequently, Obama put him in charge of other crucial tasks, including the current push for a viable package of gun-control policies, in which Biden just succeeded in bringing Wal-Mart Stores Inc. to the table.
If Biden can't quite match Obama's policy chops, he has an ease with other politicians that the president hasn't mastered. In negotiations, Obama's policy-centric approach is arguably a hindrance, leading him to spend much of his time lecturing Republicans about the myriad ways in which they're wrong. That Obama is often right on the policy merits doesn't diminish Republican feelings that a trip to the Oval Office is a date with condescension.
Biden produces different results. His success in negotiating with McConnell might be partly attributable to the Republican Party's loathing of Obama -- repeatedly bypassing Obama in favor of his vice president is, after all, a kind of insult to the president -- but it's also attributable to the fact that Republicans like Biden and feel he treats them fairly. "Does anyone down there know how to make a deal?" McConnell drawled when he called Biden to resolve the fiscal cliff. It was a rhetorical question, to which both men knew the answer: "Biden."
A bit over four years ago, Obama was elected on a promise to change Washington. He and his team argued that what politics needed was something new -- a post-partisan, post-boomer, post- racial president who could help the country move past old antagonisms and into a more united future. The Obama administration has had many successes, but ratcheting down partisanship isn't one. 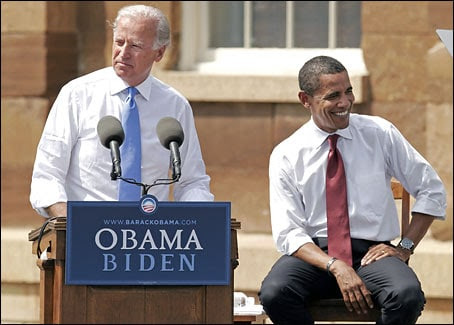 The irony, of course, is that the one bright spot in the White House's dealings with Republicans has been Biden's old-school, back-slapping, Senate-steeped, Washington-lifer approach. Turns out that sometimes an old dog knows the right tricks.
So don't laugh when you hear that Biden wants to run for president. Biden is one of the most successful vice presidents in history, and one of the most successful politicians of a very difficult era. He may sometimes make himself a punch line, but he has the record of a heavyweight.