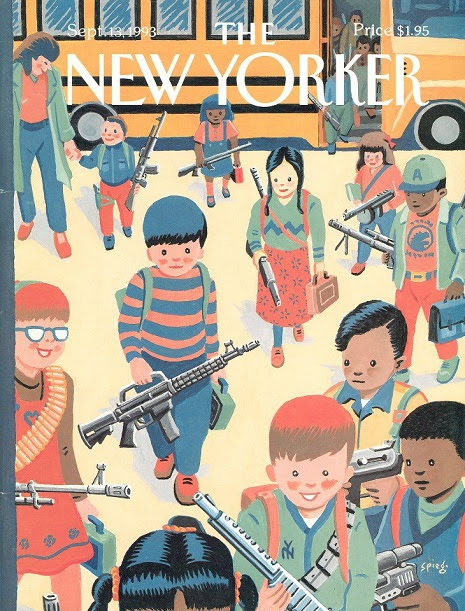 As the "arm the teachers" rhetoric surrounding the Newtown shootings refuses to go away, I remembered this old New Yorker cover by Maus

author and illustrator, Art Spiegelman.
For a guy whose opus was about his father's experience during the Holocaust, he managed to outdo himself in disturbing imagery with this one. And yet it doesn't seem that far from what's being suggested in 2013…